Linoor is a premium Template for Digital Agencies, Start Ups, Small Business and a wide range of other agencies.

A Basic Guide to the Metaverse

Recently, TCS announced its investment in the metaverse and has even reached out to small-sized customers to roll out the concept – but this is expected to grow over the next five years, according to the President and Head of Business and Technology Services. What exactly is the metaverse, and why is there so much buzz around it?

The metaverse is a 3D virtual world in which people can interact, share information, play games and even work on it from the comfort of their couches. It is considered the next evolution on the internet. For marketers, it will change the face of social media marketing as it galvanises the limelight and gets more and more recognisable. Businesses are now scrambling to include it in their long-term growth plan. Of course, the one brand single-handedly responsible for the buzz is Facebook. The social media pioneer is looking forward to an influential rebrand where it will make significant shifts in the metaverse in the years to come.

Origins of the Metaverse

The metaverse concept came into being in 1992 in a novel called Snow Crash. Thereafter, as online communities evolved, the discussion around the metaverse intensified, and a company called Second Life began specialising in the virtual space and released it in 2003. While Author Neal Stephenson created a dystopian view of the technology, the book Ready Player One by Ernest Cline helped boost the idea of the metaverse. But unfortunately, it also held a mundane view. The sci-fi theme was anti-utopian in nature and set in 2045, where people could escape from real-world problems into The Oasis. Users had to adopt external accessories such as virtual reality visors and haptic gloves that would allow them to grab objects in the digital world. This is similar to what we do today in 2022 with VR headsets.

Silicon Valley’s favourite phraseology can now be easily personified on the internet. As far as the social sphere goes, people get their avatars designed to make users feel more present than just a simple video call.

Breaking down the metaverse

The metaverse is a persistent digital world where you don’t have to really catch up with what people are doing – they are available for interaction in real-time. Besides, when you re-enter the metaspace, you don’t have to create everything all over again. You just have to pick up from where you left off. A niche concept beloved to tech enthusiasts, it received a booster due to the futility of physical interaction during the pandemic. This led users, especially kids, to seek real-time and prolonged interaction with their friends in a shared space such as Roblox. The 13-year-old platform has entire venues, marketplaces and activities where players can have a personalised avatar and even try on outfits. Fortnite and Roblox are considered early manifestations of the metaverse where users could demonstrate in-world live events. It was more than just gaming.

Difference between the Metaverse and the internet

The internet works with a network of devices and servers. Users on the internet can communicate with each other, view websites, interact with them, and shop online. The metaverse builds on the internet and allows users to traverse into a virtual world. If people browse the internet, they can live in the metaverse. Aspects of the physical world are mimicked using augmented reality, virtual reality, social media, artificial intelligence and digital currencies.

The metaverse offers significant opportunities for the IT sector, especially with the awareness of cloud adoption full-fledged operations.

According to Krishnan Ramanujam of Moneycontrol, the metaverse is a possibility that finds foundation in the cloud, accelerated by the pandemic. As companies adopt it for various use cases, the metaverse is expected to see a quicker uptake soon.

No comments to show. 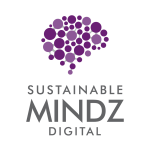 We take pride in delivering transformative media communications solutions that are focussed on driving you to achieve a reputed market position. 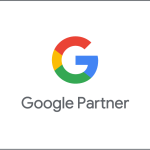